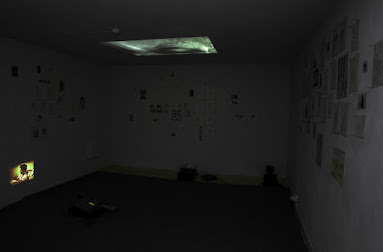 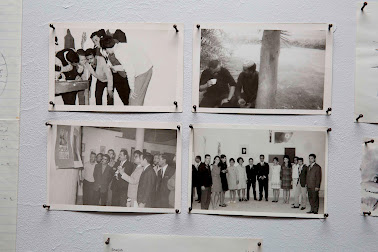 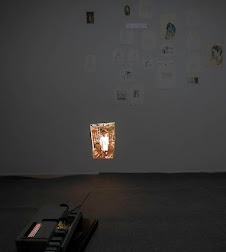 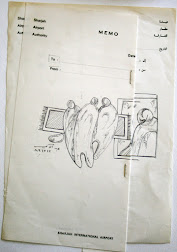 The history that passed by can now be passed on through the act of re-recording and re-repeating. A fragmented yet coherent memory; a parallel history is now recreated.

To recreate, retell, repeat, recollect, record, research, reincarnate and re-exist. Adding two letters [re] before a word forms another dimension; or perhaps may allow to tell a story again for different perceivers and by that creating new perceptions, and if auspicious, filling the gaps.

Going through my father’s archive, I began to admit how I was with no memory and no first-hand history. I interviewed him about Palestine, Kuwait, Egypt, Iraq, Syria, the UAE and asked him about Vienna and London; I asked about the time of the Arab pride. By repeating and re-repeating, I started to recognize my father’s memories as my own; remembering and retelling his stories of the Palestinian women who sold milk to survive with dignity, how I sat with Jabra Ibrahim Jabra to discuss my work and the times I went to the opera and how I met Haj Hussein. The importance lies in the missing history or the non-existing tangible personal memory. Having the tangible documents and re-repeating my father’s memories somehow granted me eligibility to be in Palestine through the archive and the narratives given. The archive here helped me be in a space that I am not allowed to physically exist in. Recording my father’s story helped me have a history that may not be inscribed in books, a history that was told through an alternative classification of art and resistance. This installation acts as an entrance to a memory, one that is real (my father’s) and imaginary (my own) at the same time. The audiences are induced to immerse themselves in a sensational space of fragmented memories shown through documents, moving images and sound.

This project was exhibited as part of the Young Artist of the Year Award 2014, supported and organised by Al Qattan Foundation.